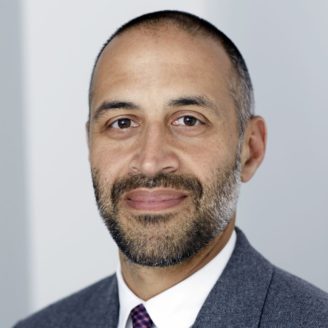 Matthew Ryder is a senior QC at Matrix chambers, with well-established expertise in human rights, data and information, regulatory and criminal law including terrorism. From 2016-2018 he was appointed to the full time role of Deputy Mayor of London for Social Integration by the Mayor of London, leading several teams in the Mayor’s work on diversity and social mobility including overseeing the work of the Mayor’s data team.

Matthew has chaired inquiries and advised and participated in several significant reviews including the Lammy Review (2016) into the treatment of BAME individuals in the Criminal Justice System; and the IPCC Review into investigating deaths after police contact (2014).

In his legal work, Matthew has led teams in significant cases at all levels including the UK Supreme Court and most recently in successful applications to the European Court of Human Rights in challenging mass surveillance powers (revealed by Edward Snowden in 2013) and police powers to stop and download information from travellers, including journalists. His wide range of clients has included individuals, large media groups, international human rights organisations, global technology and data companies, and environmental protestors.

In his non-legal work, Matthew has been Chair of the Black Cultural Archive in Brixton, and a member of the Court of Governors of the University of Arts London.

The appeal of R (Bridges) v Chief Constable of South Wales shows that, when it comes to facial recognition technology, the status quo cannot continue.

An independent legal review of the governance of biometric data, commissioned by the Ada Lovelace Institute and led by Matthew Ryder QC.