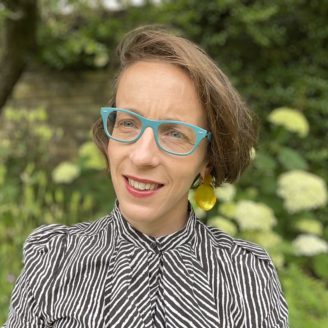 Professor in Law and Ethics

Sylvie Delacroix is a Professor in Law and Ethics at the University of Birmingham.  Her work focuses on the intersection between law and ethics, with a particular interest in Data and Machine Ethics, Agency and the role of habit within moral decisions. Her current research focuses on the design of computer systems meant for morally-loaded contexts. She is also considering the potential inherent in ‘bottom-up’ Data Trusts as a mechanism to address power imbalances between data-subjects and data-controllers.

Professor Delacroix was one of three appointed commissioners on the Public Policy Commission on the use of algorithms in the justice system (Law Society of England and Wales), which released its report on 04 June 2019.

She is a Fellow of the Alan Turing Institute and a Mozilla Fellow.

Visit the Data Trusts website – a new site co-created by Sylvie that brings together information about data trusts, with the aim of helping advance debate about their use.

Can computers surprise us?