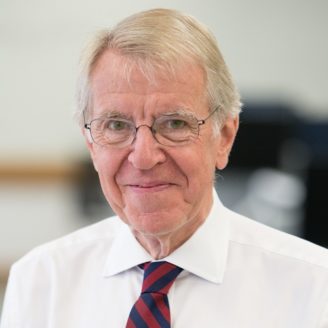 Sir Alan Wilson is also Chair of the Home Office Science Advisory Council, and a board member of the Banking Standards Board.

Sir Alan’s previous roles include Professor of Urban and Regional Systems in the Centre for Advanced Spatial Analysis at University College London (2007-2018), Vice-Chancellor of the University of Leeds (1991-2004), Director General for Higher Education in the then DfES (2004 – 2006), and Chair of the Arts and Humanities Research Council (2007-2013). He began his research career in elementary particle physics before moving to the social sciences.

A welcome from our Executive Chair