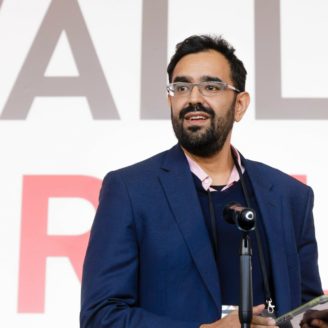 Azeem Azhar’s career in the technology sector spans two decades. He runs the newsletter, Exponential View, which covers the societal implications of technology and is widely-read by investors, entrepreneurs and policy-makers. Azeem is also the Senior Advisor on AI to the CTIO of Accenture and advisor to several entrepreneurial firms, including Kindred Capital, Onfido, Ocean Protocol & ReInfer; as well as the Harvard Business Review.

Azeem has been an award-winning entrepreneur, founding the VC-backed PeerIndex, which was acquired in 2014. He has a background in technology journalism, has held strategy and innovation roles at the BBC and Thomson Reuters, and was on a non-executive board at Ofcom.